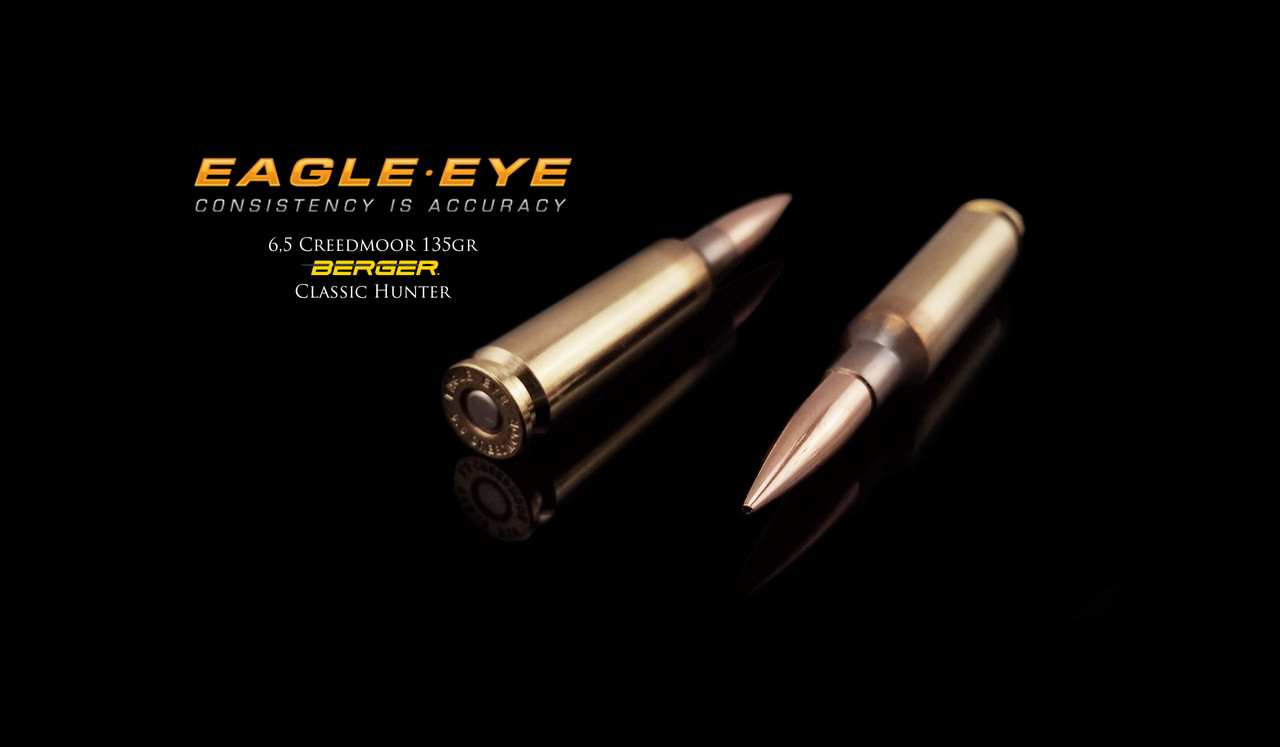 The 6.5 Creedmoor has become one of the most popular cartridges for long range and precision shooting. When loaded properly, the 6.5 Creedmoor is also a highly effective hunting cartridge suitable for harvesting game at extended ranges. The success or failure of a hunt can depend on selecting the proper loading and understanding its ballistic performance properties. There are a numerous important factors to consider when choosing a hunting loading such as the bullet/projectile, velocity, energy and accuracy. At extended ranges the ballistic coefficient, wind drift, trajectory drop, retained energy and minimum expansion velocity also become important factors to consider. While there are a number of excellent hunting bullets available, we utilize Berger Classic Hunter and Nosler Accubond Long Range bullets. Although the two projectiles are designed to function very differently, they are among the most effective proven hunting projectiles available.

At Eagle Eye Precision, we have taken our years of experience manufacturing  Precision Match Ammunition and applied the knowledge to produce the most accurate, consistent and dependable hunting ammunition possible. We load our Precision Match Hunting Ammunition to the same standards as our Competition and Sniper Precision Match Ammunition. We utilize our match grade brass cases, benchrest primers and thermally stable single base propellants. We load our cartridges to the highest velocities for maximum kinetic energy, flatter trajectories and less wind drift while maintaining consistency, accuracy and reliability. The highest levels of attention to detail are given to every cartridge; including a final hand inspection signed off by one of our quality engineers. While some may say match grade manufacturing processes are unnecessary for hunting ammunition, we believe when the perfect shot presents itself only the best will do. The  Eagle Eye Precision 135gr Berger Classic Hunter loading and the Eagle Eye Precision 129gr Accubond Long Range loading set the standard for long range precision hunting.

While there are a plethora of excellent hunting projectiles available, two of the best are the 135gr Berger Classic Hunter and the 129gr Nosler Accubond Long Range. We selected these two because of their years of proven lethality on game, accuracy and higher ballistic coefficient. The high ballistic coefficients of these projectiles reduce wind drift while helping to retain more velocity and thus energy at long range. The additional retained velocity and energy extends the range out to which the projectile will reliably expand and more energy at distance extends the effective range at which game can be ethically harvested.

Although both projectiles are very effective, they fundamentally differ in how they are designed to work. The Berger Classic Hunter is designed with a thin J4 jacket that penetrates a few inches before violently expanding leading to massive hydrostatic shock. The Berger projectile can fragment leaving multiple wound channels. The massive hydrostatic shock often leads to ‘dead right there’ effects where many animals fall on the spot or after only a few short steps. In contrast, the Nosler Accubond Long Range is a bonded core bullet in which the core and the jacket are fused together in order to help retain bullet mass for excellent penetration and terminal performance even on the toughest game. The polymer tip on the Nosler aids in aerodynamics and upon impact is pushed into an open cavity helping to ensure rapid consistent expansion or 'mushrooming' even at lower velocities. 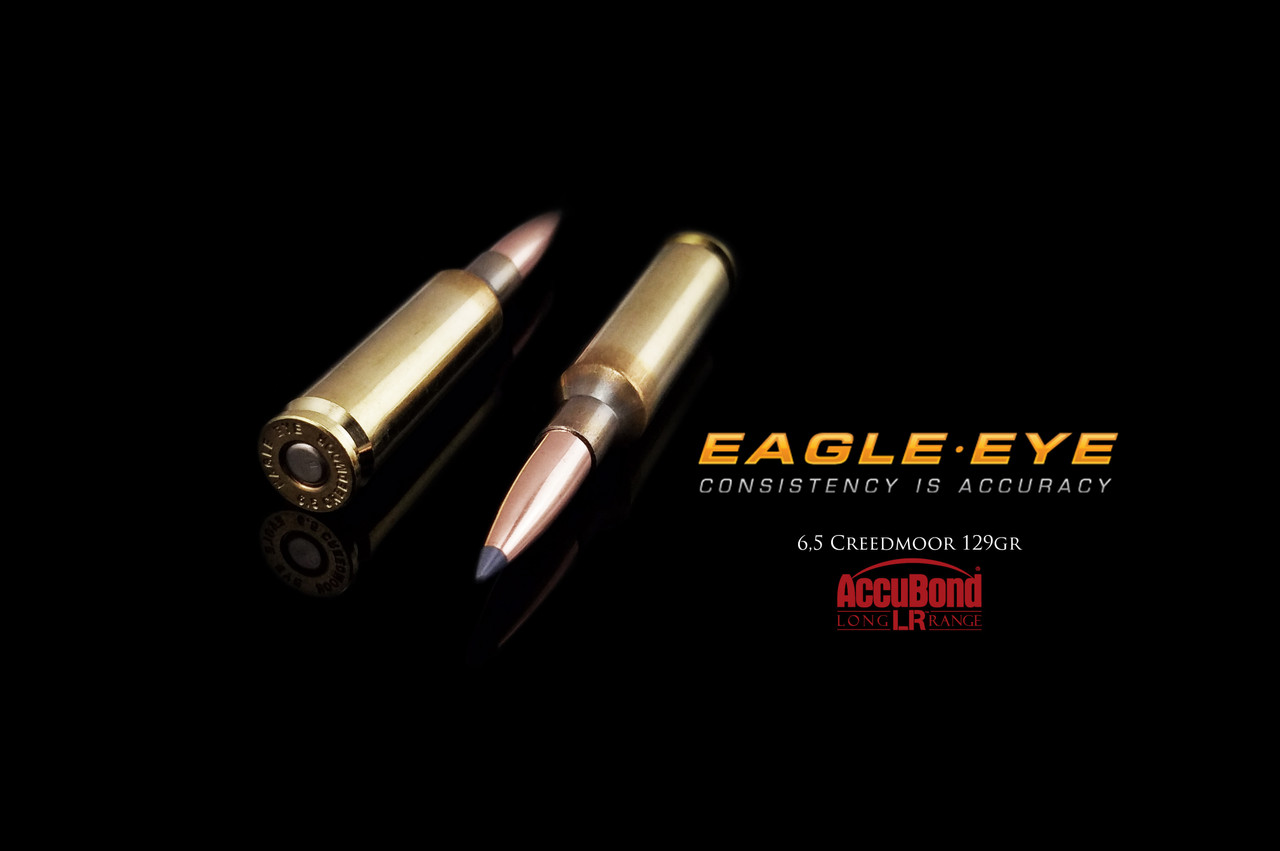 The trajectory and wind drift between our two loadings are very similar. The higher velocity of the lighter  Eagle Eye 129gr ABLR Loading gives it a slightly flatter trajectory. Conversely, the Eagle Eye 135gr Berger Classic Hunter Loading offers slightly less wind drift. Even at 1,000 yards, the difference in either drop or drift is less than .5 minutes of angle. In practical terms, the differences in atmospherics and estimation of atmospherics are likely to be larger than the differences between the two loadings. For example, a 1mph change in wind (or error in estimation) would cause a larger difference in trajectory than there is between the two loadings. On paper, or in perfect laboratory conditions, with a 10mph exactly 90 degree crosswind, the Berger 135 will drift 56.4in but at 11mph it will drift 62.7 inches. This is a difference of 6.3 inches from a 1mph wind change compared to a 4.2 inch theoretical difference between the two loadings. Furthermore, given the higher velocities of our loadings compared to other factory loadings, there is typically more of a difference between different loadings of the same projectile than there are between our two factory loadings.

One common question is why we chose the 129gr Accubond Long Range instead of the heavier 142gr Accubond Long Range. In ballistics, there is no one ideal measure. It's not always the fastest, highest bc or heaviest bullet that provides the optimal result. Rather it is the combination of many factors that produce an optimal solution. While we load our ammunition to the highest velocities possible while maintaining consistency, accuracy and reliability, we found the 142gr ABLR was only capable of reaching the low 2800fps range. The lower velocity meant that the muzzle energy of a 142gr loaded in that velocity range was nearly identical (typically +/- 20 ft/lbs) to our 129gr loading. However, the lower velocity meant that there would be significantly more drop .7 mil or slightly over 2ft at 1,000 yards and .3 mil or approximately 9 in more wind drift. Additionally, Nosler recommends a minimum 1,300 fps opening velocity. In both the 129gr and 142gr in our loadings this would have been beyond 1,000 yards and likely beyond the range most ethical shots would be taken so there is no reasonable difference in the effective range of either projectile. As a result, given there was no appreciable difference in kinetic energy or effective range, the considerably flatter trajectory of the 129gr was a primary deciding factor in our choice. While laser range finders are quite affordable today and very accurate,

When considering terminal ballistics, the delivery of kinetic energy is a highly debated topic and there is no conclusive answer; especially in dynamic field conditions. Nonetheless, both the Berger and the Nosler ABLR provide excellent expansion and delivered kinetic energy. Some hunters prefer the more violent expansion and hydrostatic shock shock of the Bergers as it can lead to game dropping nearly on the spot. Conversely, some prefer a more controlled expansion and bonded core construction of the Accubond Long Range. Some hunters prefer the retained mass from the bonded core construction and argue it provides better or deeper penetration on larger game and exit wound resulting in additional blood loss. In our experience, both are excellent projectiles for successful hunts. At Eagle Eye Precision, offer both projectiles because there is no one size fits all for all hunts and types of game.

There are several factors which determine the effective range of a specific cartridge. First, the amount of kinetic energy needed to be effective varies by type, size and anatomy of each animal. The muzzle velocity of each specific rifle is also important. Velocity can vary even between barrels with identical length. Shorter barrels generally produce lower velocities and thus less kinetic energy. Atmospherics also play a role as different elevations, temperatures and pressures will have in impact on trajectory and retained velocity. While we use thermally stable single base propellants extreme temperature changes can also have some effect on velocity.

While we present ballistic tables out to 1,000 yards, this is not necessarily to suggest that either cartridge will be effective on all game at those distances. For example, we do not recommend attempting to hunt elk at 1,000 yards with a 6.5 Creedmoor. However, there may be much smaller light/thin skinned game for which the cartridges would still retain sufficient energy at extended ranges. We recommend determining the velocity in ones specific rifle and calculating a ballistic table using programs such as Applied Ballistics or JBM to determine more precise amounts of kinetic energy in a particular rifle and under a specific set of atmospherics. From there, one can determine more precisely the amount of energy being delivered at a given range and make a determination as to the theoretical effective range of a cartridge.

In addition, we also suggest each hunter make a realistic assessment of their shooting capability, the prevailing atmospheric conditions (ie. wind etc) and their shooting position. Long range precision shooting is a difficult skill to master and effective shot placement becomes even more important for terminal performance at distance where kinetic energy is decreasing. High winds can make long range shooting vastly more difficult. Also, the ability to get into a stable comfortable shooting position will also assist in the ability to effectively place longer range shots.

Both the Eagle Eye 135gr Berger Classic Hunter and the Eagle Eye 129gr Nosler Accubond Long Range are highly accurate projectiles with low velocity standard deviations. In our experience and testing, both are capable of effectively placing shots on target even at extended ranges and we would not hesitate to chose either cartridge on the basis of outright accuracy. However, our personal opinion over repeated testing is that the Berger offers slightly better performance and hypothetically if we were to go shoot a competition such as a club PRS match we feel we could perform equally well with our Eagle Eye 135gr Berger Classic Hunter loading as with any of our traditional Precision Match cartridges. 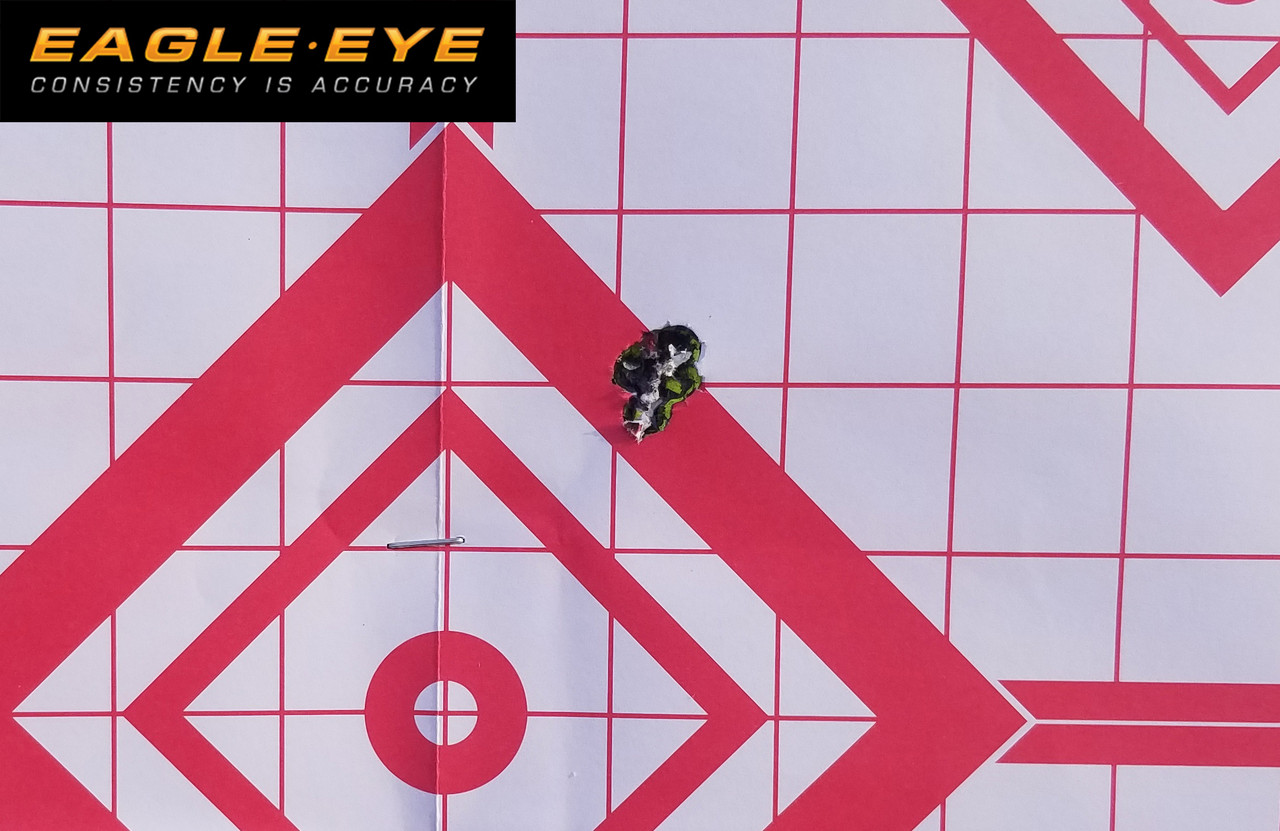 The 6.5 Creedmoor has become a highly popular mainstream cartridge for long range precision shooting. The 6.5 Creedmoor is also a highly effective hunting cartridge at extended ranges. While there are a plethora of excellent hunting projectiles available, the Berger Classic Hunter and Nosler Accubond Long Range are among the best for long range hunting. Despite their fundamentally different designs, both are time tested effective projectiles. The get the most performance out of these projectiles we utilize our precision match brass cases and load our hunting ammunition to the same tolerances on our proprietary state of the art loading machinery as we do for our precision match competition and sniper ammunition. The end result is that the Eagle Eye 135gr Berger Classic Hunter and the Eagle Eye 129gr Nosler Accubond Long Range loadings offer unsurpassed accuracy, consistency and reliability for successful hunts.